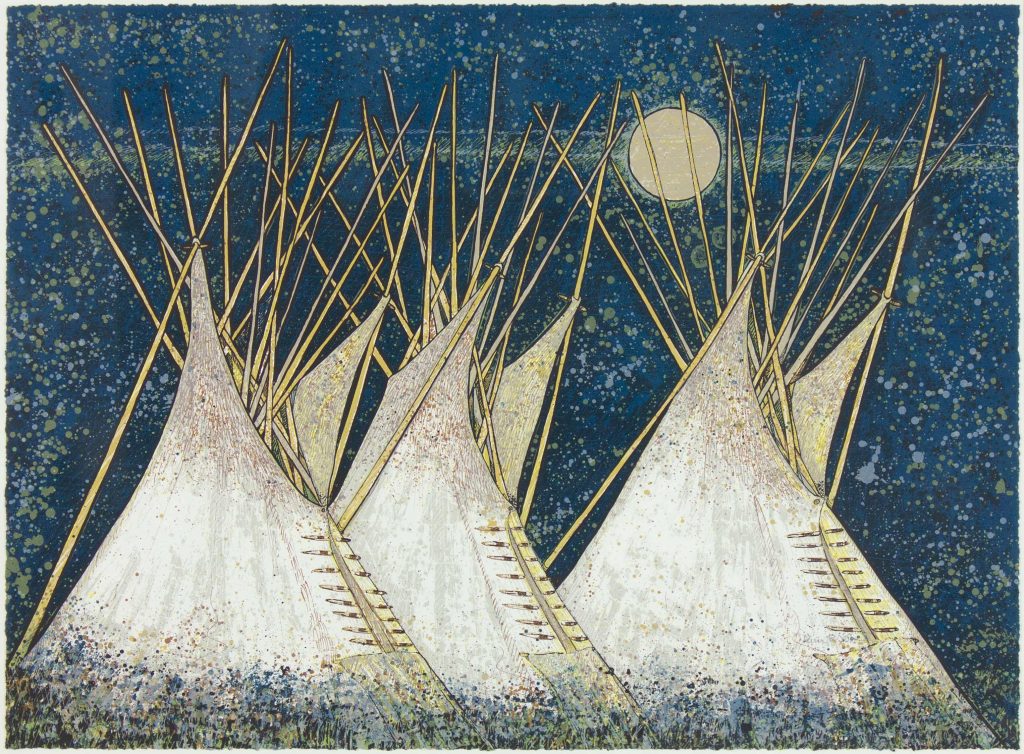 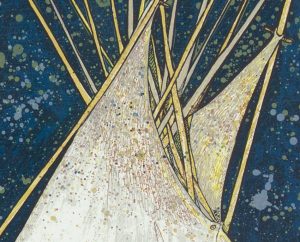 Kevin Red Star was born in 1943. He grew up on the Crow Reservation in Southern Montana. In the early 1960s, he was chosen to be in the first group of students at the Institute of American Indian Arts (IAIA) in Santa Fe. After graduating, Kevin Red Star continued his studies at the San Francisco Art Institute before returning to Montana in 1967. In 1974, IAIA invited him back as their first Artist-in-Residence. Throughout his career as an artist, Kevin Red Star has had over 100 large scale exhibitions and participated in shows across the globe, including Paris, Tokyo, China, New York, Washington DC, California and Montana. Kevin currently has a studio in Roberts, Montana, where he continues to paint and create artwork.
Click to visit Kevin’s website

Click here to read Kevin's biography and an interview 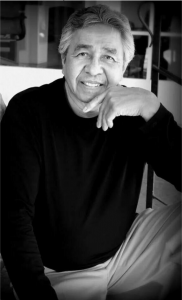 First, always take a few moments to really look at the artwork.

Lesson Overview: Students will create their own landscape including a foreground, middle ground, and background. Using colored pencil students will work to create the illusion of depth in their drawing and to tell a story about the place they are creating, including details that reflect their own identity.

Please click the pencil to give us your feedback on the Online art Suitcase. We will use your input to continually improve this resource. Thank you.