MAGPIES IN THE SNOWSTORM by JESSIE WILBER 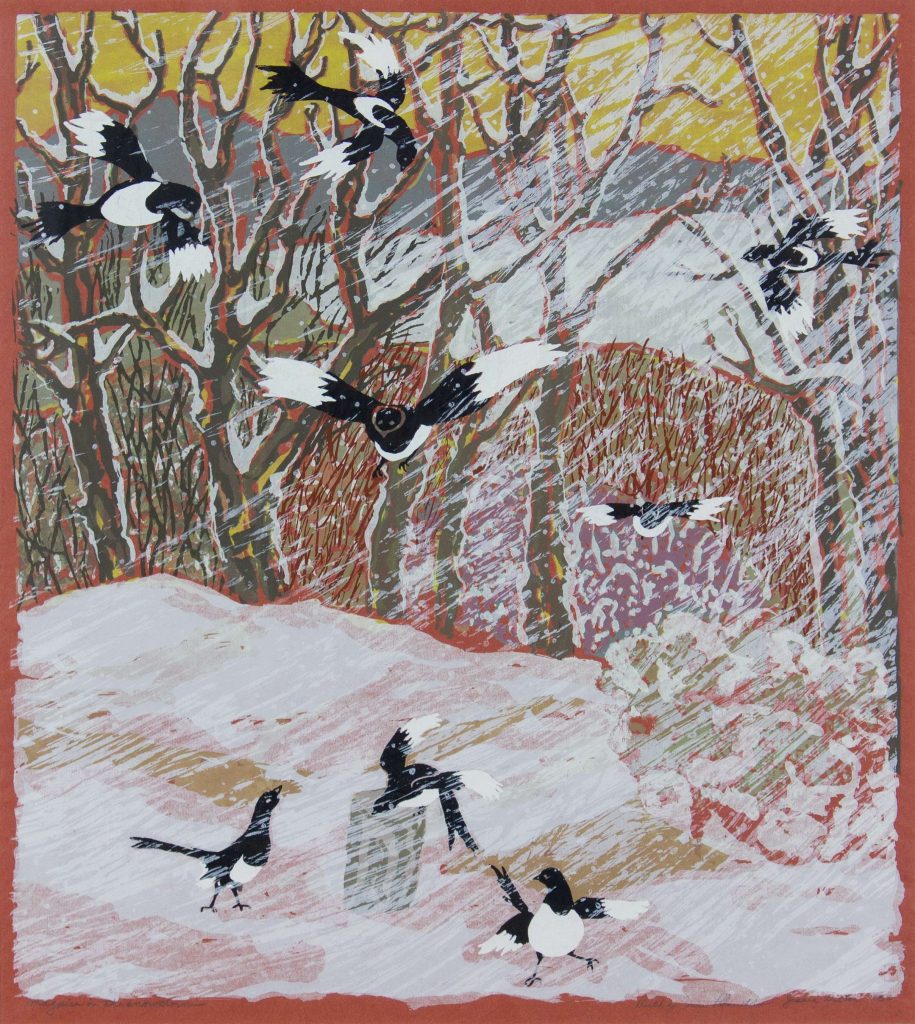 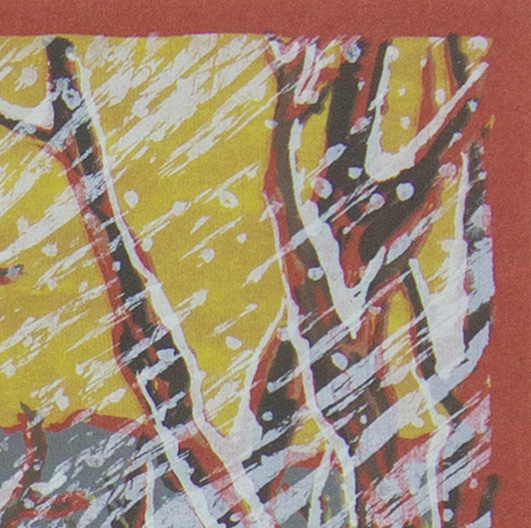 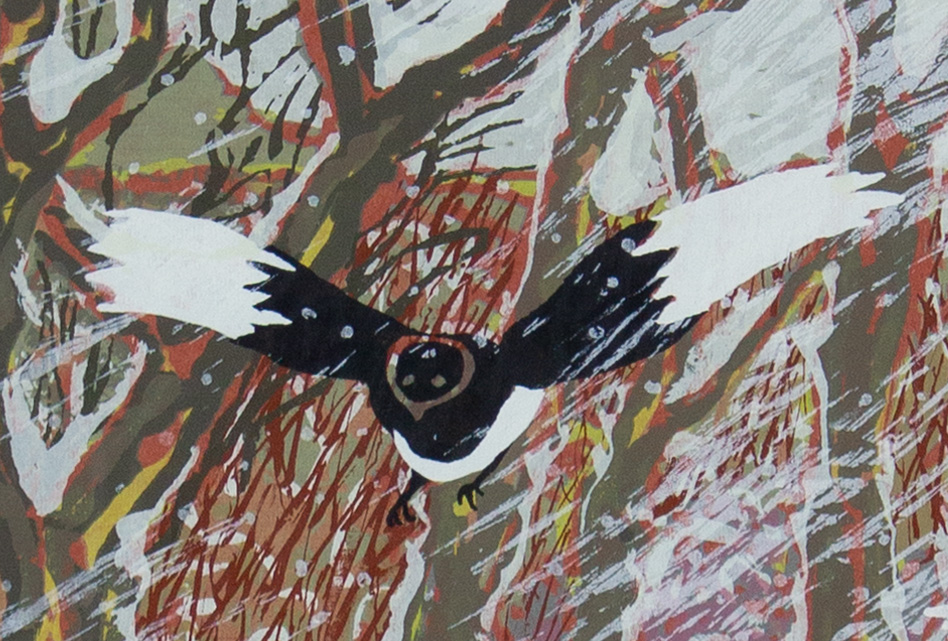 ABOUT THE ARTIST: JESSIE WILBER

Jessie Wilber was one of Montana’s most notable artists during the better part of the 20th century. She was a beloved educator as well as an exceptional painter, collage artist, and printmaker. Jessie was born in 1912 in Wisconsin. She received her master’s degree from Colorado State College of Education in 1938 and began teaching at Montana State University Bozeman in 1941. Jessie taught in the Art Department until her retirement in 1973. Jessie Wilber was very active in the Montana art scene and was a founding member of the Montana Institute of the Arts. Her art was featured in many exhibitions. She also received awards from across the country for her painting and printmaking (lithography, woodblock, and silkscreen). Jessie Wilber died in October 1989. Magpies in the Snowstorm was the last print that she completed. 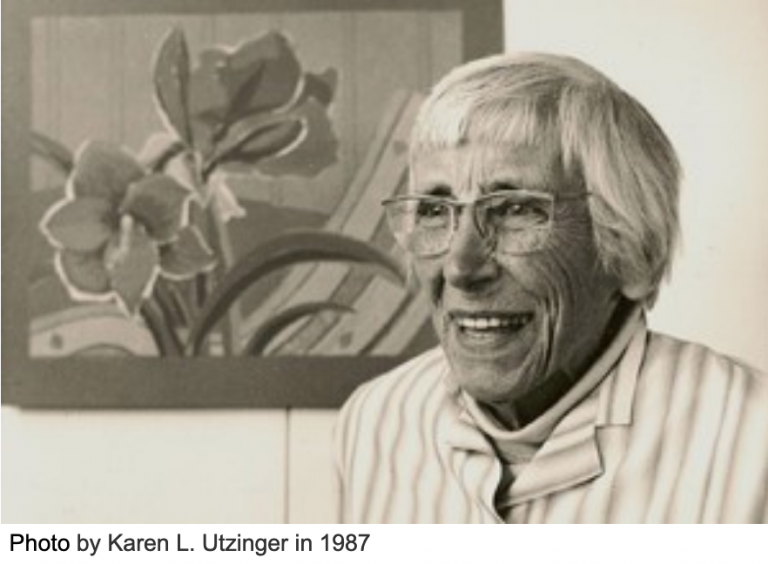 First, always take a few moments to really look at the artwork.

Lesson Overview: Students will create a print inspired by animals. They will discuss the use of positive and negative space in printmaking and will use cardboard to create the printing plate.

Please click the pencil to give us your feedback on the Online art Suitcase. We will use your input to continually improve this resource. Thank you.